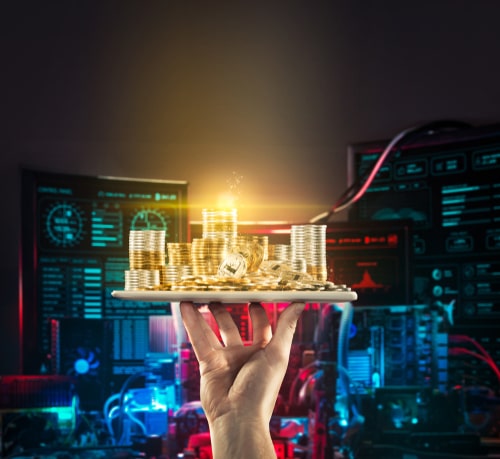 (Kitco News) In a rare comment, “The Big Short” investor Michael Burry weighed in on gold, saying now is the time for the precious metal to rally due to the risk of post-FTX collapse crypto contagion.

Burry, who runs hedge fund Scion Asset Management, is known for spotting the mortgage crisis early and making his fortune against the US housing bubble. In 2019, the investor also made millions buying shares of GameStop, long before the Reddit frenzy took over the stock.

Burry rarely comments on gold, which makes this call much more unique for traders. According to him, the crypto chaos caused by the FTX saga sets the stage well for gold.

“Long thought gold’s time would be when crypto scandals get contagious,” Burry said in a tweet that has since been deleted. Burry has been known to delete his tweets soon after posting them.

His Tuesday comment coincided with gold getting a lot of investor attention after its impressive November gains – up almost 8%. The move up comes after seven months of consecutive losses. Analysts cite colder inflation data, the lower US Dollar, crypto risk, and a potential Federal Reserve slowdown as some of the main reasons for the price hike.

The famous investor also revealed that he currently has a large short position. “You have no idea how short I am,” Burry said in another tweet on Tuesday.

According to the third-quarter regulatory filing, Burry bought Qurate Retail, which owns home shopping channels QVC and HSN, for $10 million. In the second quarter, Burry sold most of its large holdings, including Meta and Alphabet. However, these quarterly reports do not reveal any short positions.

In the meantime, the crypto space is in shock after one of the most chaotic weeks on record. The trigger was the collapse of FTX last week, which led to the crypto exchange filing for Chapter 11 bankruptcy protection on Friday and the resignation of its CEO Sam Bankman-Fried.

Following the FTX explosion, regulators opened various probes. Ongoing investigations are being conducted by the US Department of Justice, the Securities and Exchange Commission and the Commodity Futures Trading Commission, Reuters reported this week.

Authorities in the United States and the Bahamas are currently working on the possibility of bringing Bankman-Fried to the United States for questioning. The former FTX CEO was also slapped by a class action lawsuit that claims Bankman-Fried and other figures, including NFL quarterback Tom Brady and NBA star Stephen Curry, broke the law of Florida and caused more than $11 billion in damages.