Bitcoin, Ethereum price prediction: The stagnant movement in BTC and ETH price has limited growth opportunities in the majority of altcoins. However, market leaders continuing to march a sideways rally have also created a tight range in both coins. This range formation provides a trading opportunity of its own and a suitable short-term target. 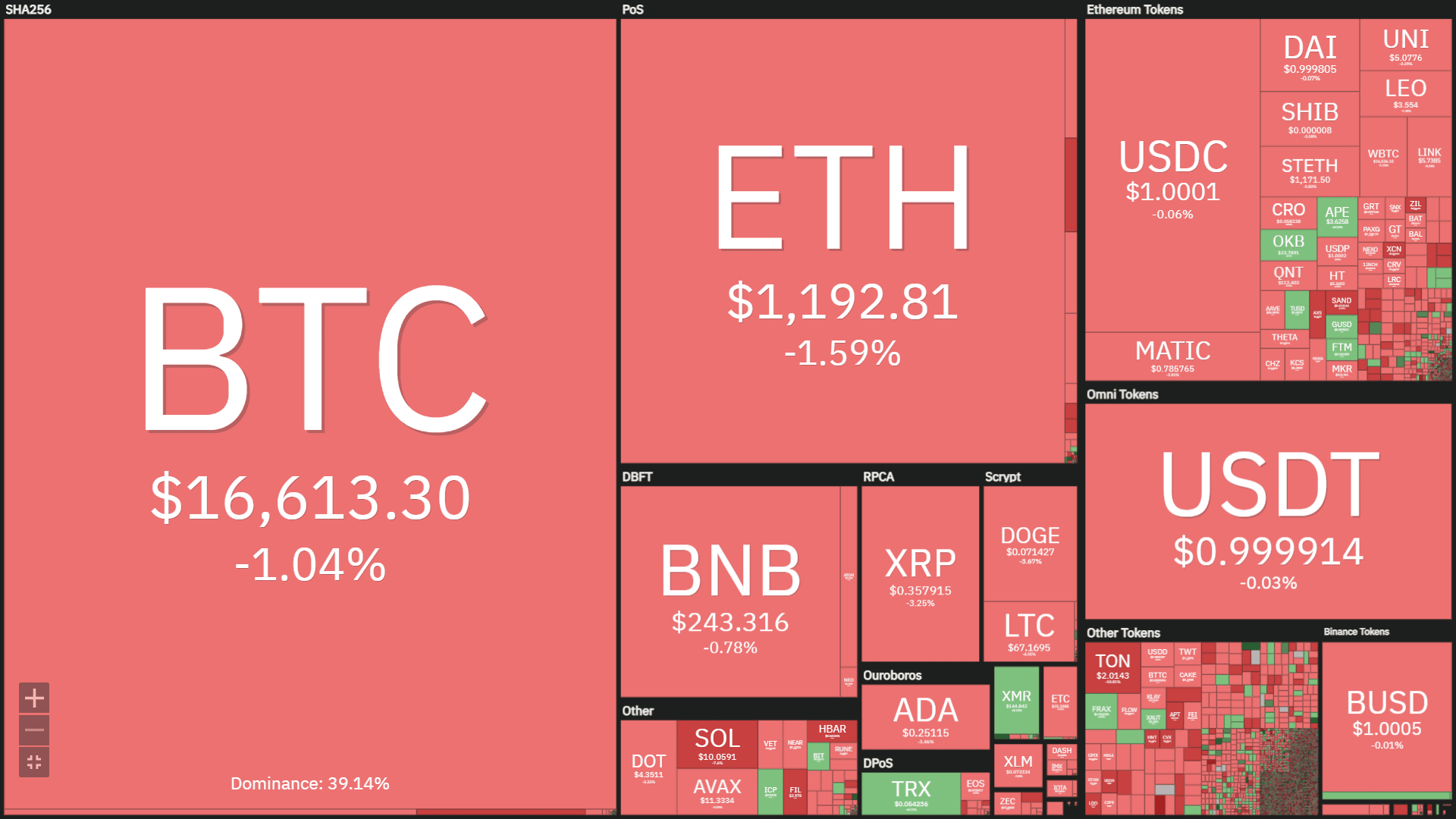 Over the past two months, the bitcoin price fluctuates between $16,900 and $16,200. Multiple short-bodied candles with long wicks on both sides indicate that market participants are struggling with indecision.

Thus, the price of Bitcoin can be considered to be trading in a narrow range, the breakout of which will trigger a directional rally. Additionally, with growing uncertainty in the market, traders should avoid entering as long as this no-trade zone is intact. 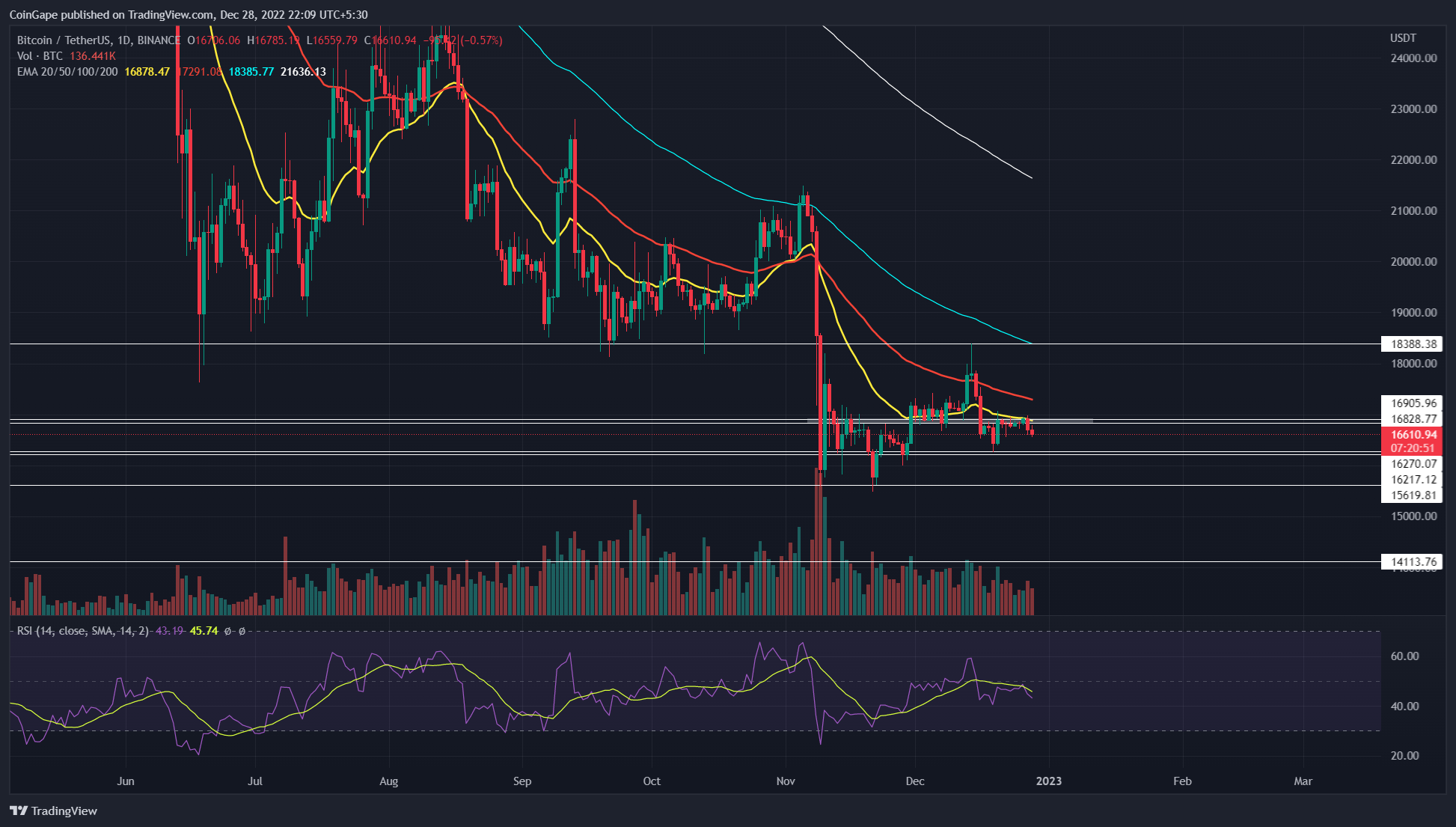 Similar to Bitcoin, the Ether price has resonated between the $1230 and $1160 levels for the past two weeks. During this consolidation, the price exhibited multiple attempts to break through the overhead resistance, but failed to sustain higher prices.

Thus, a breakout either side of this range will result in a sustained rally in the price of this coin. However, on December 27, the price of ETH broke from the resistance of $1230 and fell by 3.5% in the last two days. 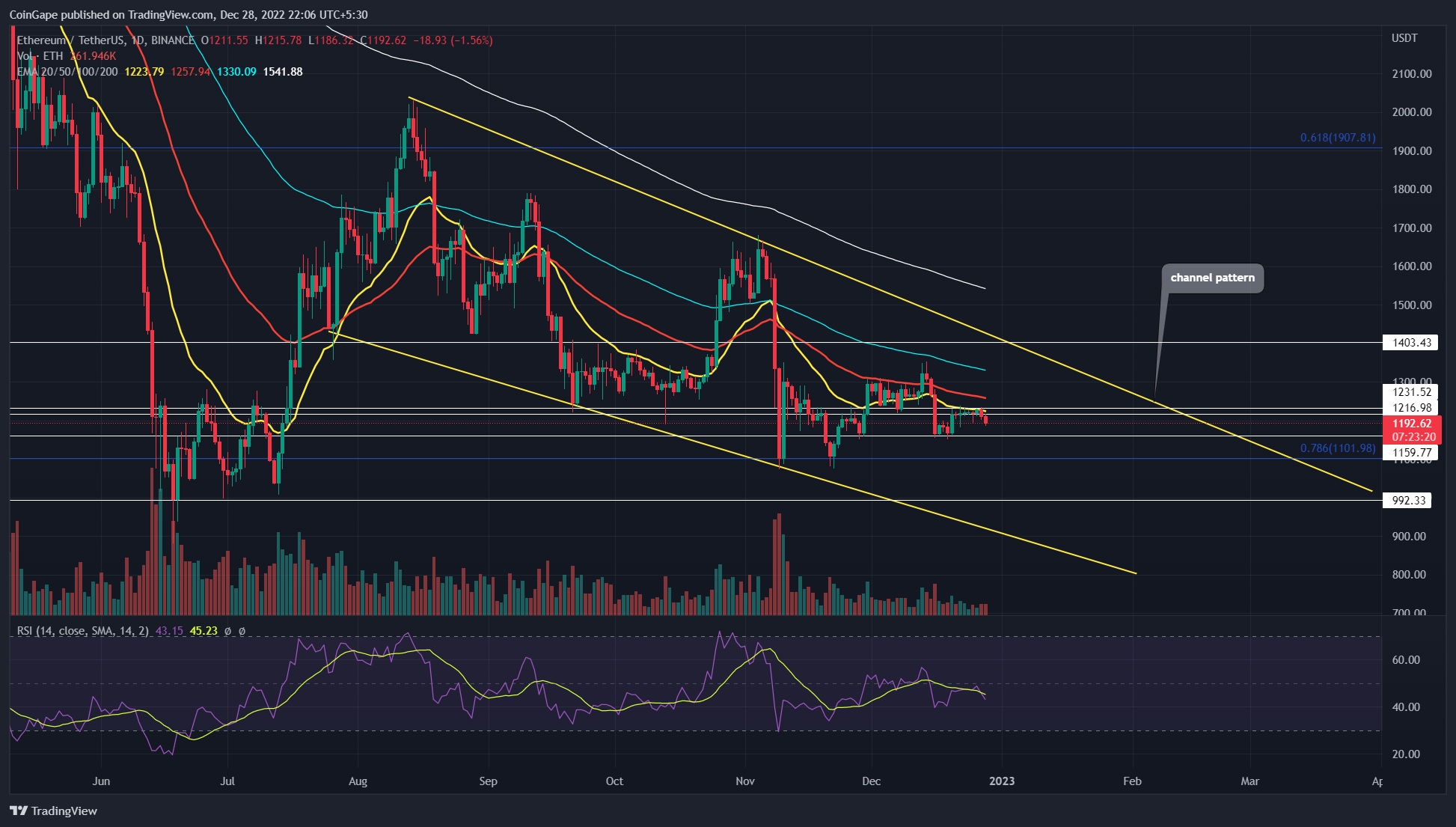 If the selling pressure persists, the price will attempt to break through the local support at $1160.

For the last 5 years, I have been working in journalism. I have been following Blockchain & Cryptocurrency for 3 years. I’ve written on a variety of different topics including fashion, beauty, entertainment, and finance. contact me at brian(at)coingape.com

The content presented may include the personal opinion of the author and is subject to market conditions. Do your market research before investing in cryptocurrencies. The author or publication assumes no responsibility for your personal financial loss.