Bitfarms Bitcoin Megafarm located in Argentina is now live and already contributing to the overall hashrate of the Bitcoin network.

This after the farm, which began construction in October 2021, was finally unveiled and started operating on September 16. Currently, the facility, in its first phase, generates 10 megawatts (MW) of mining power.

The Nasdaq-listed bitcoin mining firm said it would gradually ramp up operation of the facility until it reaches full capacity next year, when it is expected to contribute around 50 megawatts (MW) and achieve the company’s mining objectives in 2023. 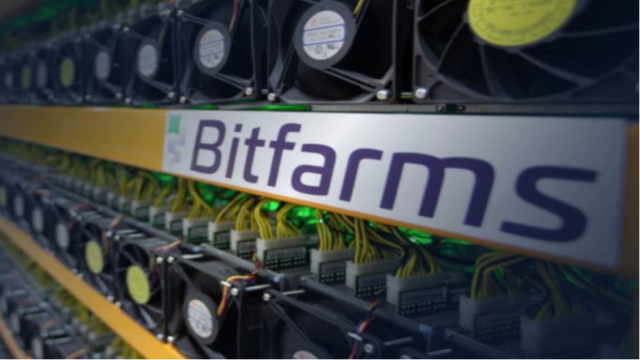 Most modern and largest mining operation

While the Argentina-based mega-farm is limited to 10MW of mining power, it is already enough to house mining equipment, which Bitfarms plans to increase when the power supplied by the facility increases five times from its current capacity. .

Upon reaching the power generation of 50 MW, it will contribute 2.5 exahash per second (EH/s) to the current mining power provided by the global company to the Bitcoin network.

Originally, the installation was to be completed in September. Due to several delays, the schedule for completion has been adjusted to mid-2023. Bitfarms, however, is not losing sleep over such a setback, given that it will be its biggest mining operation ever. large and modern.

In fact, in previous mega farm discussions, the company said it would have Antminer S19 Pro Hydro miners. These units are equipped with water cooling for better efficiency and performance.

Challenges and a difficult start

While the Bitcoin mining facility is expected to be completed next year, its start was not without dramas and challenges.

For starters, with Argentina suffering an energy crisis last year, the project drew negative comments. Argentinian regulators grew suspicious of the construction of the mega-farm and began to question its very nature as well as the energy that will be used to operate it.

Speaking of energy, Bitfarms managed to strike a good deal, brokering a private deal with a supplier that promised a very competitive rate of just $0.02.2 per kilowatt hour.

However, despite this huge advantage they have obtained, the global mining company remains concerned about the recent drop in Bitcoin prices. As of this writing, the major cryptocurrency is trading at $18,475, losing 15% of its value over the past seven days, according to data from CoinGecko. Bitcoin Has Yet to See That Historic Late Bear Crossover