Crypto plays a vital role in shaping modern warfare. It’s used to buy weapons and boost the morale of fighters – and in this scenario – mercenaries who are just there to add to an ongoing bloodshed.

On Friday, the US Treasury Department said 22 people and two companies with ties to the Russian government had been blacklisted by the Office of Foreign Assets Control in response to the ongoing Russian military assault on Ukraine.

The Office of Foreign Assets Control (OFAC) has included a suspected neo-Nazi paramilitary group it says was involved in military offensives with the Russian military in Ukraine on its list of entities sanctioned for supporting the invasion. Russian in progress.

OFAC has added five cryptocurrency addresses to its list of sanctioned entities, all of which are associated with a Russian organization known as “Task Force Rusich”.

According to the Times, Rusich – a band of neo-Nazi Russian mercenaries led by a commander who boasted of ripping the ears off enemy corps – was stationed in eastern Ukraine to fight alongside his Russian military comrades. 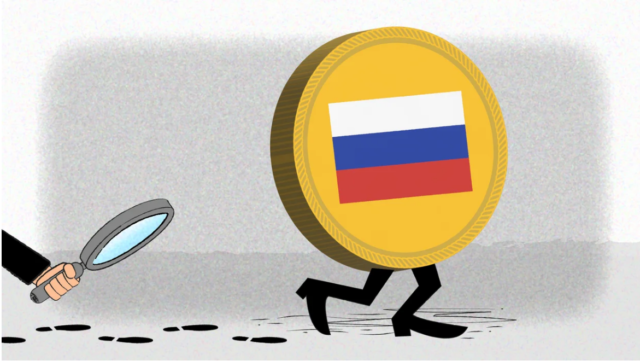 According to data compiled by blockchain analytics firm Nansen, thousands of dollars worth of cryptocurrency were sent to these addresses.

While the State Department goes after Russian defense and high-tech companies, the DOC imposes additional export control measures in coordination with the relevant departments.

US Treasury Secretary Janet Yellen said the sanctions were implemented in an attempt to make Russia pay for the “war crimes, atrocities and aggression” it has committed.

The sanctions list also aims to economically isolate Russian President Vladimir Putin and prevent Russia from using cryptocurrency or other means to pay its military. The group’s Bitcoin, Ether, and USDT were associated with specific addresses.

Chainalysis, a blockchain analytics firm, said in July that organizations with ties to Russia raised $2 million in cryptocurrencies, the vast majority of which was sent in Bitcoin ($1.45 million). dollars) and Ethereum ($590,000). Tether, Litecoin, and Dogecoin have all been used to send large sums.

Russia has been forced to develop other payment and transaction systems following a crackdown by the US Treasury and other government agencies against the flow of cryptocurrency into the country.

“The United States will continue to take strong action to hold Russia accountable for its war crimes, atrocities, and aggression…we are taking action to further degrade Russia’s ability to rebuild its military, hold the perpetrators responsible violence and further isolate Putin financially. ”

Meanwhile, the UK Office of Financial Sanctions Implementation (OFSI) at Her Majesty’s Treasury determined last week that crypto exchanges must report any cryptocurrency suspected of being used to circumvent Russian sanctions.

The OFSI announced the “freezing of financial and economic resources” against anyone working to destabilize or undermine Ukraine’s sovereignty and assist the Russian government.