Crypto exchanges such as bankrupt FTX that bundle services segregated by traditional institutions should be more tightly regulated before they become a risk to the financial system, a senior Bank of England official has warned.

In a speech on Monday, Sir Jon CunliffeDeputy Governor of the Bank of England, said digital asset exchanges create risk for their market by operating activities that encompass trading, lending, clearing and custody of client assets.

Traditional markets maintain a careful separation between these different roles to guard against risk, he said.

Cunliffe’s comments follow a series of corporate bankruptcies in the crypto market this year as prices fell, topped by the collapse this month of FTX, a cryptocurrency group valued at $32 billion in January. Cunliffe said experiences over the past year have shown that crypto is not yet a stable market.

“Part of that is because its foundation is made up of totally unbacked instruments of extreme volatility that can swing wildly in value,” he told a lecture at Warwick Business School. .

“But it’s also partly because the crypto institutions at the center of much of the system exist in a largely unregulated space and are very subject to the risks that conventional financial sector regulation is designed to avoid.”

The sudden FTX failure, considered one of the most responsible crypto sites until recently, has put a lot of pressure on other exchanges. Changpeng Zhao, CEO of Binance, warned that the collapse of FTX will increase regulatory scrutiny from its surviving peers.

Cunliffe’s remarks suggest that the blurred lines between the different roles played by crypto sites will be a focus for regulators, along with the need for “transparency in corporate structures, governance, auditing and systems and controls”.

The central banker also highlighted the risk of using crypto tokens as collateral. The heavy reliance of FTX and its sister trading firm Alameda on the exchange’s own FTT token was a key factor in their collapse.

“A company that accepts its own unsecured crypto asset as collateral for loans and margin payments, because there are indications that may have happened with FTX, creates extreme ‘wrong way’ risk,” Cunliffe said. .

He reaffirmed the BoE’s position that crypto markets do not yet have the scale or the close ties to traditional markets to threaten broader financial stability, but said regulators must protect consumers.

“We shouldn’t wait until it’s big and connected to develop the regulatory frameworks needed to prevent a crypto shock that could have a much larger destabilizing impact,” he said.

The failure of FTX has prompted some players in the crypto industry to move away from centralized exchanges and towards decentralized financial protocols, where exchanges and loans are handled automatically by computer programs.

Cunliffe expressed doubts that these protocols were robust enough to perform important market functions, questioning whether they were truly decentralized in practice.

“From the perspective of a financial stability authority and a financial regulator, I have not yet been convinced that the risks inherent in finance can be effectively managed in this way,” he said. 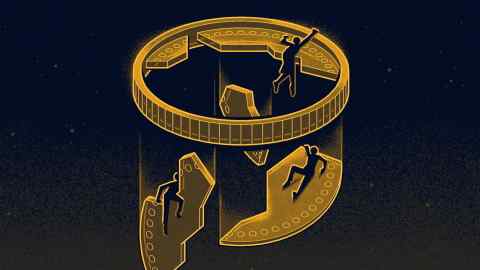 The UK is legislating to extend its existing regulatory regime for electronic money and payment systems to cover the use of “stablecoins” – crypto-assets backed by an asset such as currency.

The BoE will be responsible for payment systems that are systemic or likely to become systemic, and Cunliffe said it will consult early next year on a detailed regulatory framework to ensure stablecoins used in those systems meet the same standards. than those expected from commercial money.

He added that FTX’s demise would not alter BoE and Treasury plans to create a “digital native sterling”, with an advisory report outlining next steps due to be released at the end of the year. Here are the top three Altcoins to accumulate for the next bull cycle, according to InvestAnswers Poloniex – How Can a Stable Crypto Trading Platform Help You Stay Ahead?