Do Kwon, the founder of bankrupt crypto ecosystem Terraform Labs, has received an arrest warrant from a court in South Korea. 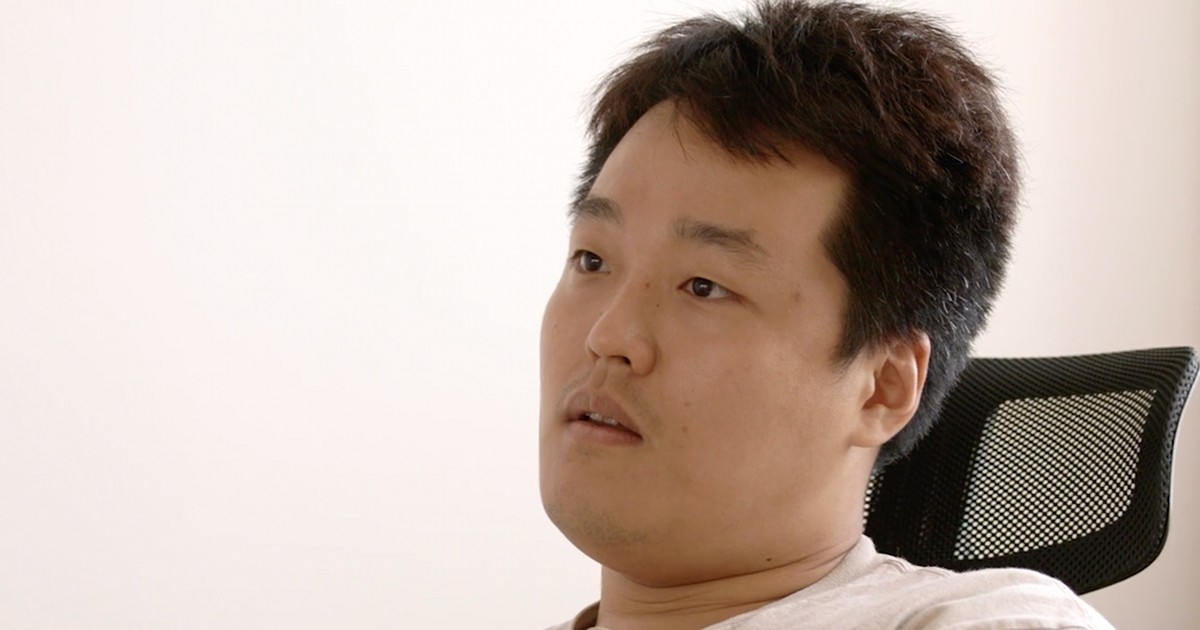 Do Kwon and five others allegedly violated the national capital markets law and received a warrant from the Seoul court, the prosecutor’s office told Bloomberg.

Kwon and the other five are all located in Singapore, Bloomberg reported citing the prosecutor’s office. However, Kwon has yet to respond to an email from Bloomberg seeking comment.

Kwon’s tokens including Terra (LUNA) and Terra Classic (LUC) crashed massively after the arrest warrant was issued. LUNA was trading as low as $2.4964 at 3:55 PM HKT, down more than 35.7%. Its market capitalization fell to over $347 million from over $555.12 million, while LUNC was trading at $0.0002716, down over 22.3% during the trading section in Asia, according to CoinMarketCap.

Terra Classic is home to the algorithmic stablecoin TerraClassicUSD (UST). It is now renamed UST collateralized LUNC token, which crashed in a bank run in May.

The to fall of the Terra platform in May led to the historic collapse of the TerraUSD (UST) stablecoins, which affected many people’s confidence in the digital asset industry. Currently, the crypto sector remains shaken by the fall of the stablecoin, and the recovery is still in progress.

Do Kwon also helped create Luna as part of the Terraform Labs crypto ecosystem, which also lost value during the ecosystem’s downfall.

The ecosystem collapsed when TerraUSD – also known as UST – collapsed from its dollar peg and brought down the ecosystem it had built, after which the prices of both tokens went up. dropped to near zero, a shadow of the combined $60 billion they once controlled.

Additionally, the collapse of Terraform Labs’ associated tokens – LUNA and the stablecoin UST – effectively ushered in the first wave of the crypto winter.

Terra’s collapse has sparked investigations in South Korea and the United States, as well as renewed regulatory scrutiny of stablecoins – digital tokens that are pegged to an asset like the dollar.

Currently, the investigation into Terraform Labs by South Korean prosecutors is taking a whole new twist as watchdogs consult on how best to classify the collapsed LUNA tokens – now known as Luna Classic (LUNC) – according to a report by Blockchain.News.

As reported by the Korean Herald, the Seoul Southern District Prosecutor’s Office’s joint financial and stock market crime investigation team is consulting with industry stakeholders to determine the best designation for LUNA coins, according to The report.

Following the price crash, companies that were exposed to the assets suffered such financial challenges that many, such as Three Arrows Capital (3AC), were unable to recover, the report said.

However, Do Kwon pledged to cooperate with investigations when the time comes. Bloomberg reported that in an interview with crypto media startup Coinage that discussed the prospect of a prison sentence, Kwon said, “Life is long.”

According to a report by a local media platform, Yonhap News Agency, Do Kown was subject to a “search and seizure” in July.

The raid was reportedly carried out on the operations office of 15 trading platforms and organizations that have ties to Terraform Labs. Although the raid was not expected to last that long, the report said prosecutors were very focused on obtaining as much data as possible to bolster their investigative work on Terraform Labs.

“The amount of data requested by the prosecution was so huge that it was impossible to complete the search and seizure in one day,” said one of the exchange officials. “If the data is insufficient when conducting a forensic investigation, it seems that it took time because the prosecution requested to extract more data through a data analyst .”

While the Korean Herald reported that South Korean prosecutors are expanding their investigations into the company. The move prompted targeted raids on the offices of Terraform Labs co-founder Daniel Shin, as well as those of trading platforms suspected of having connections with the now-defunct company. CoinDesk Daily Markets: Ethereum Is Getting Cheaper To Use, Even Before The Merger – CoinDesk