Solanaa Ethereum alternative blockchain, saw a spike in daily active SOL accounts and transactions on its network. The altcoin is working to disassociate itself from the collapse of the FTX exchange and the “Sam coin” narrative.

The price of SOL has doubled since mid-December and hit a weekly high of $24 earlier this week. The altcoin has almost erased all losses from the collapse of the FTX exchange and GROUND the price steadily climbs to pre-FTX levels.

Solana, a public blockchain platform and alternative to Ethereum was tagged “Sam coin” on crypto Twitter, after the collapse of the FTX exchange because Samuel Bankman-Fried, the co-founder and former CEO of FTX , was a supporter of the altcoin.

The price of the altcoin fell in the weeks leading up to FTX’s bankruptcy and SOL struggled to recoup its losses. Since mid-December, the price of SOL has recorded nearly 100% gains and hit a weekly high of $24. This is close to the pre-FTX exchange crash price for the Ethereum-killer altcoin.

The rise in Solana’s price was reflected by on-chain metrics on the SOL blockchain. The number of transactions on the GROUND blockchain and daily active SOL accounts surpassed levels seen in November 2022, marking a significant milestone in Solana’s journey.

Based on data from crypto analytics platform Dune, the number of Solana transactions per day is 40.59 million (as of January 19), almost double that of the pre-exchange collapse. -FTX in November. 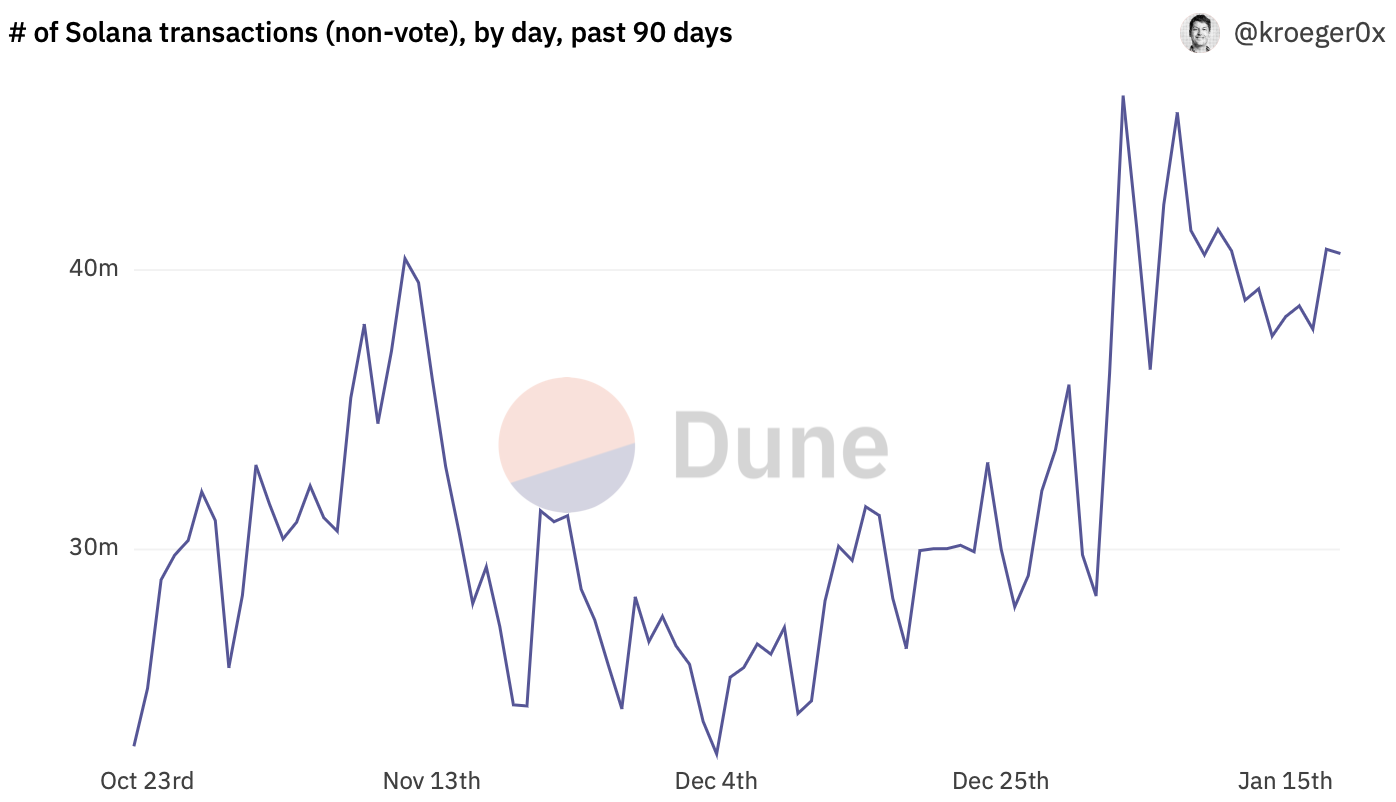 Number of Solana transactions per day (as of January 19)

As shown in the chart below, the number of daily active Solana accounts has almost doubled since November. 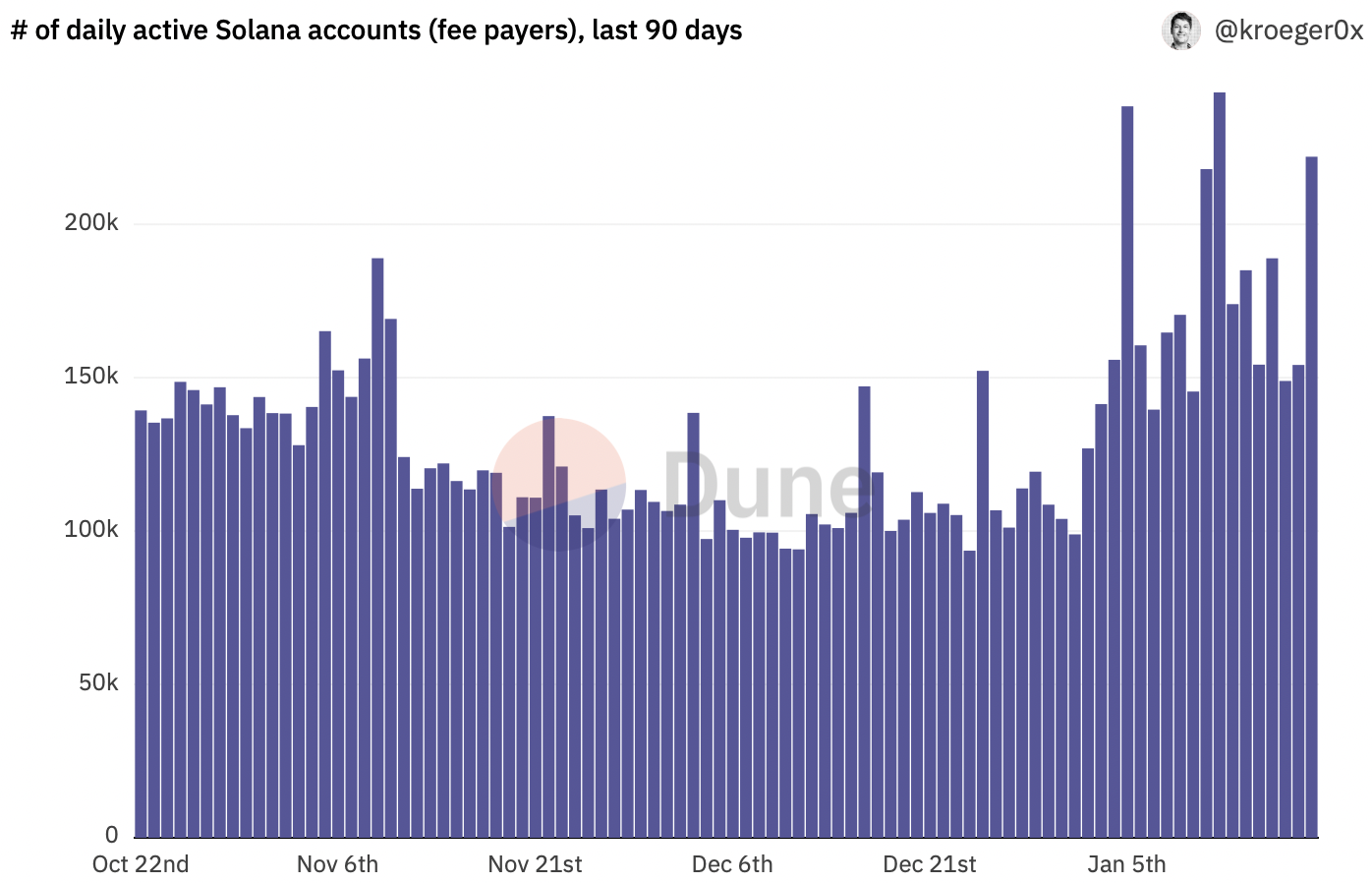 Critics from the Solana network called the Ethereum killer too centralized and controlled by venture capital. Riyad Carey, research analyst at crypto data firm Kaiko, believes that with FTX and Alameda Research out of sight, the Solana protocol is free of baggage and poised to become more community-centric. Carey believes Solana has the potential to be one of the top three or five chains by total value locked in 2023.