If NFT fanatics asked for “XBox or PlayStation,” they might have reason to be partial after this week. A new patent from Sony’s console gaming division has generated buzz around potential blockchain-based games for the console in the future.

Let’s take a look at the details available so far regarding the patent and its impact on the future of gaming.

The Pursuit of PlayStation

Sony Interactive has finally seen the release of a US patent titled “Tracking Unique In-Game Digital Assets Using Tokens on a Distributed Ledger”, which was submitted with an application date of July 2021. The patent’s abstract descriptor describes the desire to have a mechanism that “tracks associated digital assets to video games”, which includes the likes of “game objects or characters”.

However, don’t place too much hope in a patent filing. Last year we speculated that an “online sports betting platform” patent filing from Sony who directly referenced potential crypto integration and potential integration with game consoles and VR/AR. This filing, which was originally submitted in 2019, has yet to see an actual direct release via a Sony product.

Meanwhile, this latest deposit was submitted in the middle of the bull market, and with the crypto conditions of the last year, it would not be surprising if the world’s largest gaming companies put the brakes on any initial strategy around the space. While Sony as a whole is likely to explore avenues of crypto, the likelihood of Sony Interactive (and subsidiaries like PlayStation in particular) moving in the near term is low; Nonetheless, the game console sphere is somewhat small, and this latest patent puts PlayStation at the top of the list of potential game consoles to host NFTs or blockchain-related technologies to some extent. 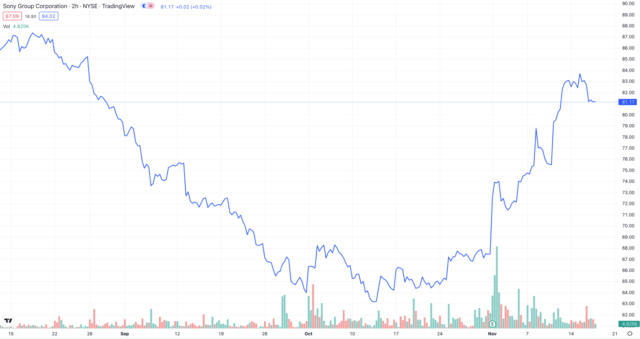 NFT & Gaming: how does this translate?

Game speculation has generally been left to specific titles, and that’s understandable. After all, the case study projection for NFTs has largely focused on the potential of specific titles: experts cite consumers’ willingness to pay for digital items on titles like Fortnite or CS:GO – the NFT conversation rarely starts with Xbox or PlayStation. But NFTs drive ownership – so how do you own your in-game skin across multiple titles? How does ownership translate from title to title if the titles don’t share developers or publishers?

These are some of the title-specific hurdles that in-game NFTs will need to overcome, and while there likely isn’t an immediate roadmap for titles or consoles, a standardized system would likely start at the top. (consoles) and would work down.

We’ll see if Sony or PlayStation pulls the trigger on any NFT as we look to the next console cycle in the years to come.