Arthur Hayes, former CEO of BitMEX addressed the liquidity crisis that has hit the crypto market. Hayes thinks Bitcoin and Ethereum prices could bleed further and identified altcoins that have upside potential in the bear market.

In light of the liquidity crisis at Celsius and Three Arrows Capital, Hayes addressed bear market conditions and argued that financial services have lent themselves to natural monopolies. In the main DeFi verticals, there are three to five protocols that are regularly used by investors and that generate real income.

While the value of the protocol of their competitors could quickly approach zero, the tokens of these DeFi projects could continue to grow, even in the current bear market. Hayes analyzed projects built on the Ethereum network, assuming that over time the number of Ethereum wallets will increase exponentially.

The total addressable market, or the size of these Challenge protocols could continue to develop. Bear markets are characterized by short periods where DeFi protocol activity and revenue plummets or stagnates, but the total fees generated by these tokens will continue to rise.

The Ethereum Name Service (ENS), which offers simple domains that aren’t just usable websites, but tradable assets that trade on platforms like OpenSea and LooksRare. Users can buy a “.eth” top-level domain from ENS, pay a fee in Ethereum, and trade it on the open market.

Hayes assessed ENS in the secondary market and noted that the project is the 15th most traded project over the past week and the 27th most traded of all time. The number of ENS domains created to date has increased exponentially.

Hayes thinks ENS could mirror the success of its Web2 peer Verisign and trade at astronomical P/E ratios.

GMX: Hayes argues for a future bullish case for DEXs

Hayes argues that in the current crypto ecosystem, derivatives trading volume should be an order of magnitude greater than spot volumes. Hayes insists on a bullish future deal for decentralized Exchanges and considers GMX, the best among its competitors.

Hayes believes GMX has the potential to facilitate much higher trading volumes than decentralized spot exchanges such as Uniswap and Sushiswap.

LOOKS: Hayes considers this the first market cycle for NFTs

The former CEO of BitMEX has revealed that he believes this is the first real market cycle for tradable NFTs, so it is rational for digital asset and metaverse companies to see a drop in 98% from their all-time highs.

Hayes thinks that LooksRare, a premier NFT community marketplace that offers users rewards for participating and exploring the marketplace, could offer 2-3x revenue to its investors. While volatility is higher in the case of NFTs and digital assets, Hayes believes that tokens like LOOKS are call options on an uncertain future, but they have high intrinsic value.

The P/E ratio or price/earnings ratio is a quick way to see if a stock is undervalued or overvalued. And the lower the P/E ratio, the better for potential investors. Hayes shared the P/E ratio for LOOKS which is considered relatively low in its current range, between 0.9x and around 3.3x, and therefore presenting good value. The long-term average P/E ratio for the S&P 500, for example, is around 16x. 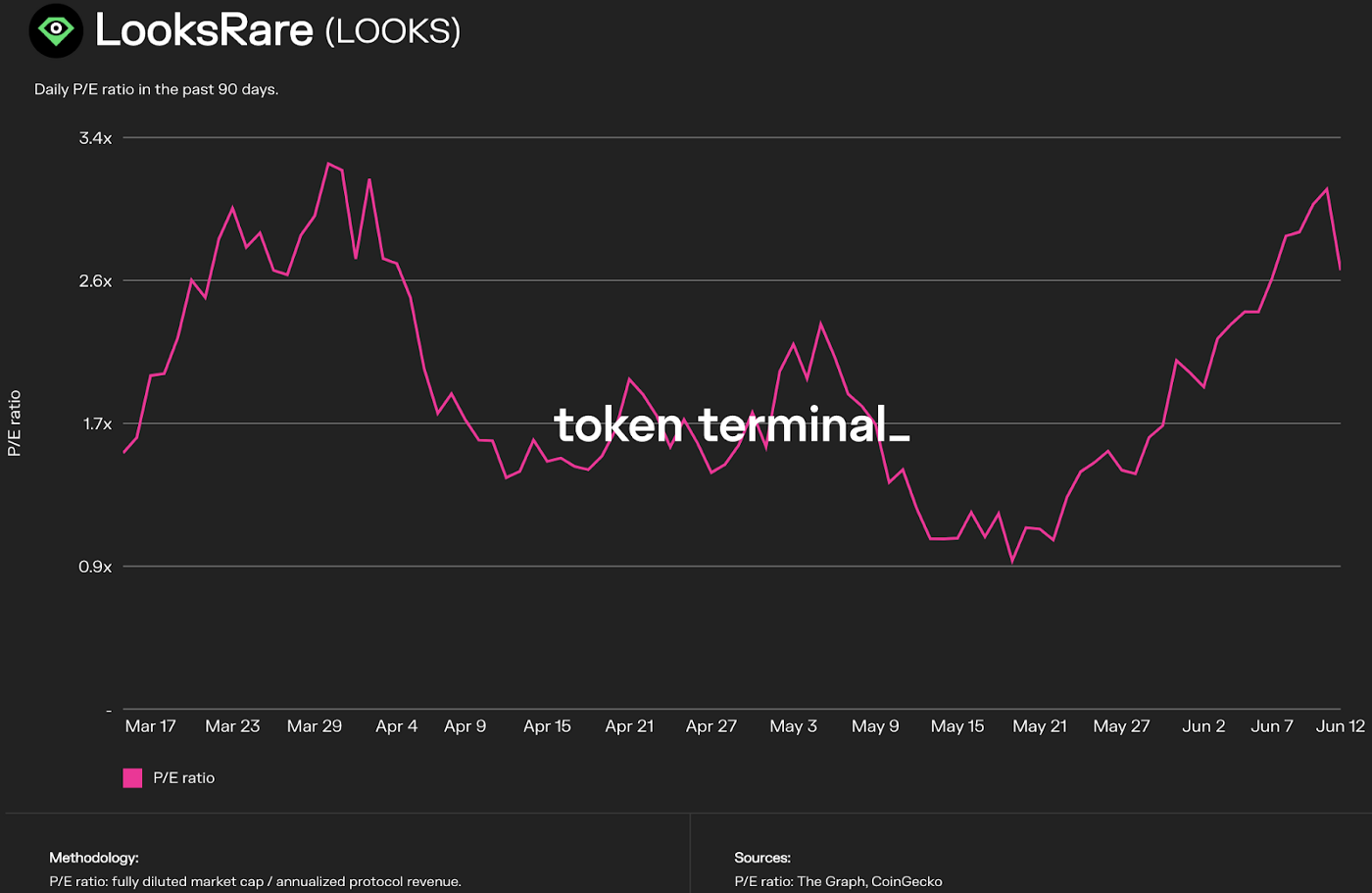 FXStreet sat down with technical analyst Eric Thies to assess where bitcoin price could be the next step.