According to data from on-chain analytics platform Sanimentthe decentralized finance protocol (DeFi) Uniswap [UNI] had the most development activity over the past month.

In the past 30 days, Uniswap’s GitHub events totaled 176. It was followed by Osmosis [OSMO] and fox token [FOX]which had 164 and 123 GitHub events respectively. 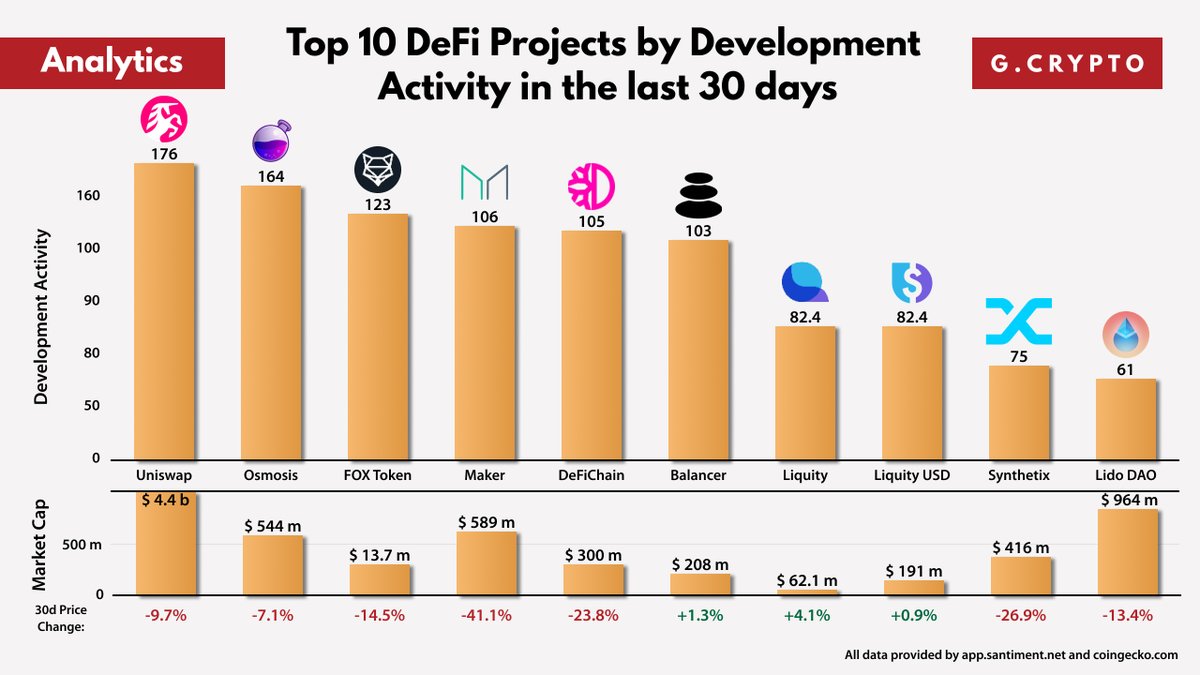 According to crypto analyst WuBlockchain, the “loss of confidence in CEX” has caused an increase in trading volume on Uniswap. Indeed, Uniswap V2 and V3 burned over 2300 Ethereum [ETH] between 7 and 14 November. This caused the leading altcoin to “fall into deflation”.

Due to the loss of confidence in CEX, Uniswap’s trading volume increased, V3 and V2 burned over 2300 ETH in 7d causing ETH to fall into deflation. The MEV robotics business has recently peaked. The number of addresses trading USDC to DEX also hit a new high.

A look at UNI

While Uniswap has seen growth in user activity and development activity over the past month, thanks to the collapse of FTX, its native token has not seen the same success.

By data of CoinMarketCap, UNI had attempted a price rally between October 19 and November 6, and its price had increased by 17% during this period. However, things suddenly took a turn for the worse when the FTX reveals came to light on November 6th.

As users left CEXes to seek solace on DEXs starting Nov. 6, the number of unique addresses that traded UNIs increased. However, by November 13, the token had both peaked and declined. At press time, daily active addresses traded with UNI stood at 1,717, down 44% over the past six days.

Following a similar progression, the number of new addresses joining the UNI network increased on November 6, peaking at 1,959 addresses on November 13. However, it has since fallen by 54%.

Since the beginning of the year, the price per UNI token has fallen by 66%. Unsurprisingly, UNI holders have held on at a loss since the start of the year. According to on-chain data from Santiment, the market value to realized value (MVRV) ratio for alt has been negative since January. Still negative at press time, the MVRV ratio was -57.38%.