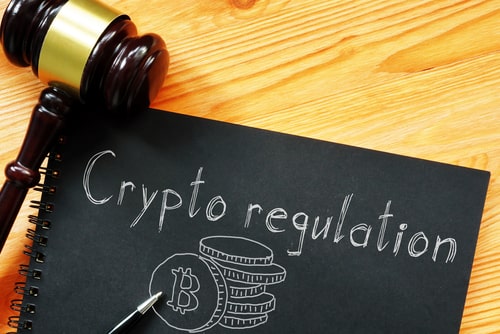 (Kitco News) US lawmakers have attempted to get to the bottom of Securities and Exchange Commission (SEC) Chairman Gary Gensler’s definition of what differentiates Bitcoin from other cryptocurrencies.

During Thursday’s testimony before the U.S. Senate Banking Committee, Gensler faced pointed questions regarding what makes Bitcoin not a security, with some lawmakers focusing on the decentralization aspect. Gensler’s aggressive stance on cryptocurrency oversight excludes the world’s largest cryptocurrency.

The SEC has previously cited the Howey test to determine whether a crypto token is a security or not.

The test references the United States Supreme Court case to determine whether a transaction constitutes an “investment contract” and, therefore, should be considered a security, often used for crypto. Under it, an investment contract is an investment of money by entrepreneurs in a joint venture with the expectation of profits from the efforts of others.

In the past, Gensler has said that Bitcoin is not a security, while other SEC members have been quoted as saying that Ethereum is also not a security.

To better understand Gensler’s thinking, which has yet to be clearly defined, lawmakers such as Pennsylvania Senator Pat Toomey have focused on defining “a joint venture.”

“Is centralization necessary to form a joint venture? Toomey asked Gensler. Gensler replied, “Joint enterprise [is when] you rely on a group of individuals.”

Bitcoin is different because there is “no group of individuals in the middle”.

Gensler avoided using the terms centralization/decentralization. The SEC is looking for a joint venture, which could be a developer who bets and relies on people. “Even if a token is on a thousand computers, it is [more] about a bunch of developers in the middle,” Gensler explained.

On crypto regulation more broadly, Gensler noted that if the US ended up with multiple federal agencies defining what security is, it would undermine the goals of the SEC.

“Of the nearly 10,000 tokens in the crypto market, I believe the vast majority are securities. Offerings and sales of these thousands of crypto security tokens are covered by securities laws, which require these transactions to be recorded or made under an available exemption,” Gensler testified. “Since most crypto tokens are securities, it follows that many crypto intermediaries – whether they claim to be centralized or decentralized (e.g. DeFi) – engage in securities transactions and must register with the SEC to some extent.”