On his radio show in May, “Rich Dad Poor Dad” author Robert Kiyosaki criticized the world’s leading cryptocurrency as having no intrinsic value.

“I trade bitcoins. However, I don’t believe it has any value. I just play the game,” he said.

His reason? A disastrous stock market crash is imminent, so investors should buy cryptocurrencies before they supplant the US dollar and alter the entire financial infrastructure.

When Kiyosaki speaks people tend to pay attention, at least those not on the other side of the fence as to whether or not he is spouting nonsense.

Kiyosaki believes crypto is the answer to an economic disaster

As Markets Insider reported, the financial analyst pointed out – using aggressive capital – the following regarding the impending economic collapse:

Kiyosaki has expressed interest in “safe haven” assets such as gold and silver as a buffer against severe economic turmoil many times in the past. 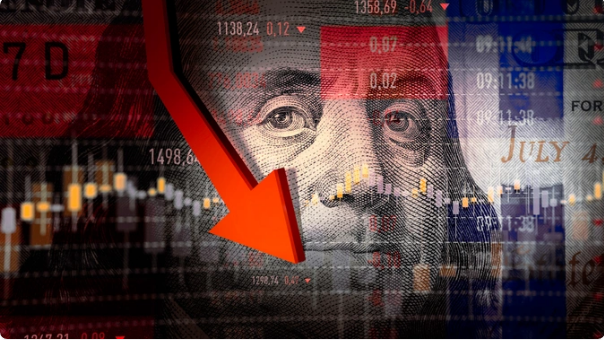 However, he has also occasionally discussed Bitcoin in the same language, albeit usually in a speculative context that shows little interest in the asset’s long-term prospects.

Kiyosaki’s latest warning is in the same vein as the current inflation figures that were released on Tuesday. The numbers turned out to be more than estimated and drove the price of Bitcoin and other popular cryptos, including stocks, down as they always seem to do.

In June, the bearish crypto also provided some unconventional advice for investors looking to beat inflation. To prepare for rising prices, he suggested stocking up on canned goods such as tuna and baked beans, as well as household items such as trash bags and toilet paper.

What other investors and analysts are saying

Meanwhile, Michael Burry, an American investor, hedge fund manager and physician, detected an unprecedented bubble in asset prices last year and said it would culminate in the “mother of all disasters”.

Jeremy Grantham, a seasoned investor and co-founder of GMO, warned in a research report last week that an “epic superbubble” in stocks, bonds and real estate was poised to implode.

Kiyosaki predicted a prolonged decline, but he reiterated his belief that bear markets are the optimal time for investors to grab the best deals and earn decent profits.

The finance guru argues that US currency would bring down the current economic system, paving the way for mass adoption of crypto because it is not controlled by the government. Bitcoin is ‘comforting’ and ‘cannot be stopped’, says US senator